Postcard to Pauline from Tsillie October 31, 1917 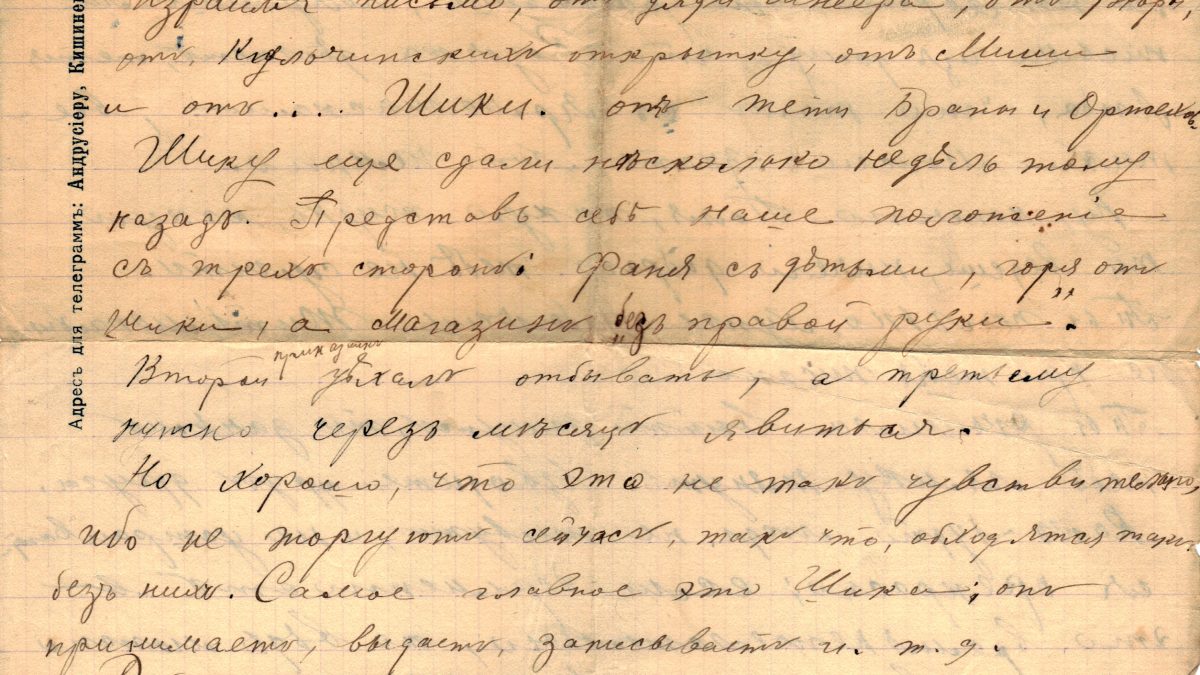 Everybody is writing now at the same time. I received letters almost from everybody. Elik even sent his picture. I didn’t receive anything from him for a year, a letter from Israel, from Uncle Shneyer, from Vera, from Kulchinskiy a postcard, and from Misha and from Shika, from Aunt Brana, and Orzhohovskiy. Shika was given away a few weeks ago. Just to mention our condition from three sides. Fanya with children, sorrow from Shika, and the store without a right hand. And then it was a second order for him to leave, but the third one is going to be in a month to appear, but it is good that we don’t feel their absence because the way they sell stuff it looks like they do not need them. The most important person was Shika, because he received and gave the goods and made notes and so on. The workers got a raise for forty or fifty kopeks for each pair [of shoes], because everything is really expensive. The shoes which were 20 rubles cost now 13 because the metal nails cost are 240 rubles per pound. But things are really bad in America as well. I know about that from the letters I receive from America. Very bad. No income. No outcome. Polinka, you are not writing anything how much you earn, where you work, if you’re receiving letters from home, what Rozichka is doing, what Aunt Luba. What is going on with Yarmolinskiy? I believe you know about them even a little. Nothing good is going to come out from the lifestyle you are leading, Polinka. You are going to feel worse. You decided to get married, but why do you have to work? Some people live and some people are doing really well. If you don’t want any pregnancy at this time, there are ways to avoid a pregnancy, and I hope that the end of your sickness will come soon. You are very often too sick. I am really worried. Didn’t you read the story Jerome K. Jerome? Because I think everything is in your mind. It’s really a pity that I am not able to hit/beat you a little bit. 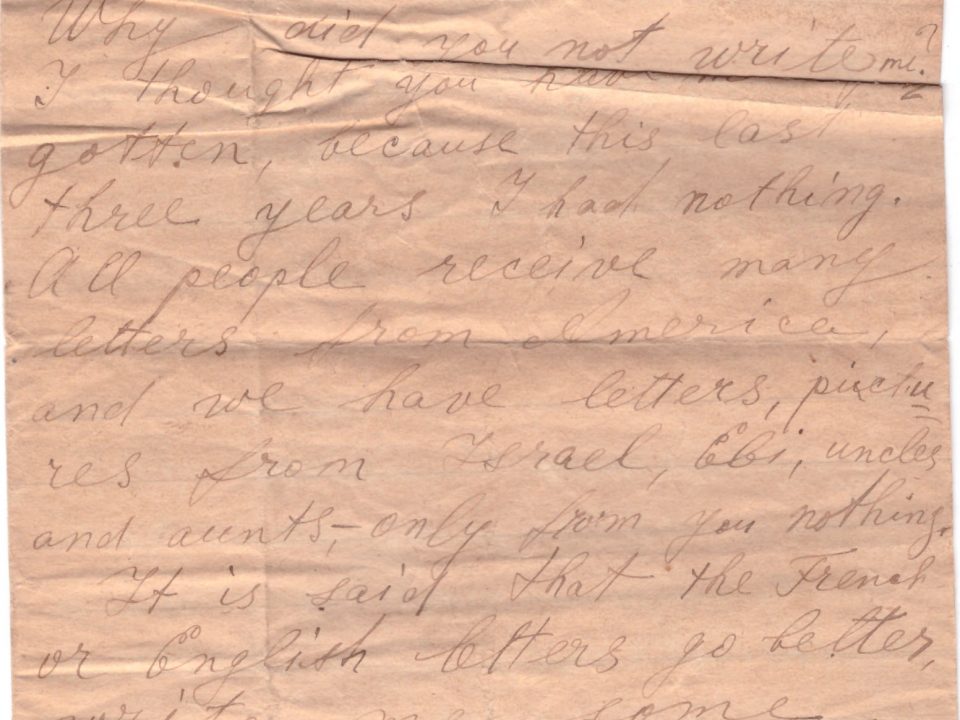 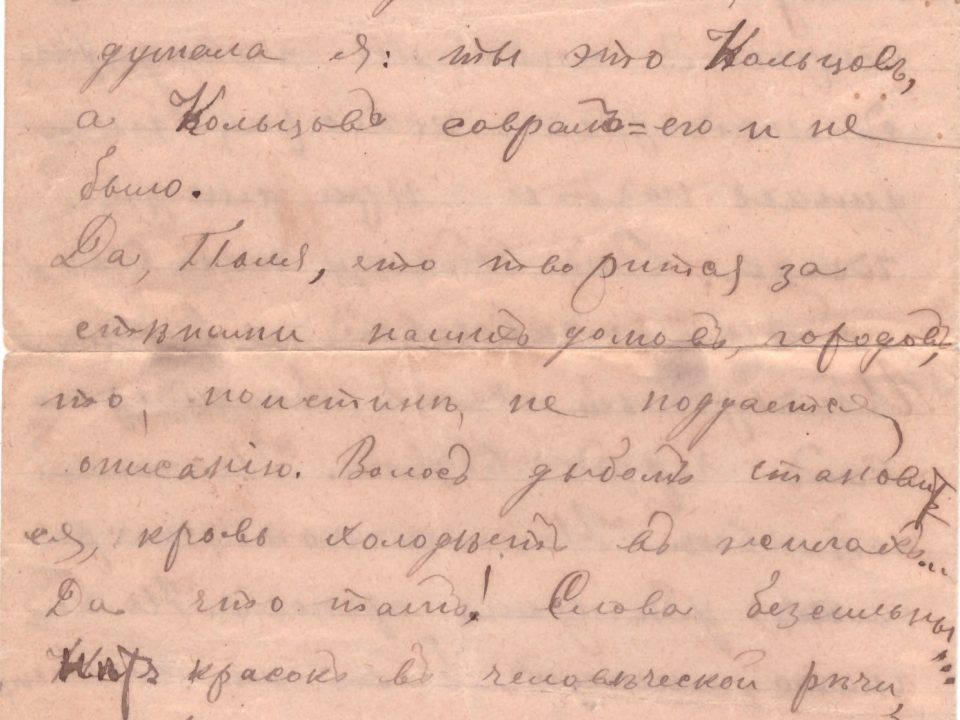 Letter from Sarra to Poline No Date 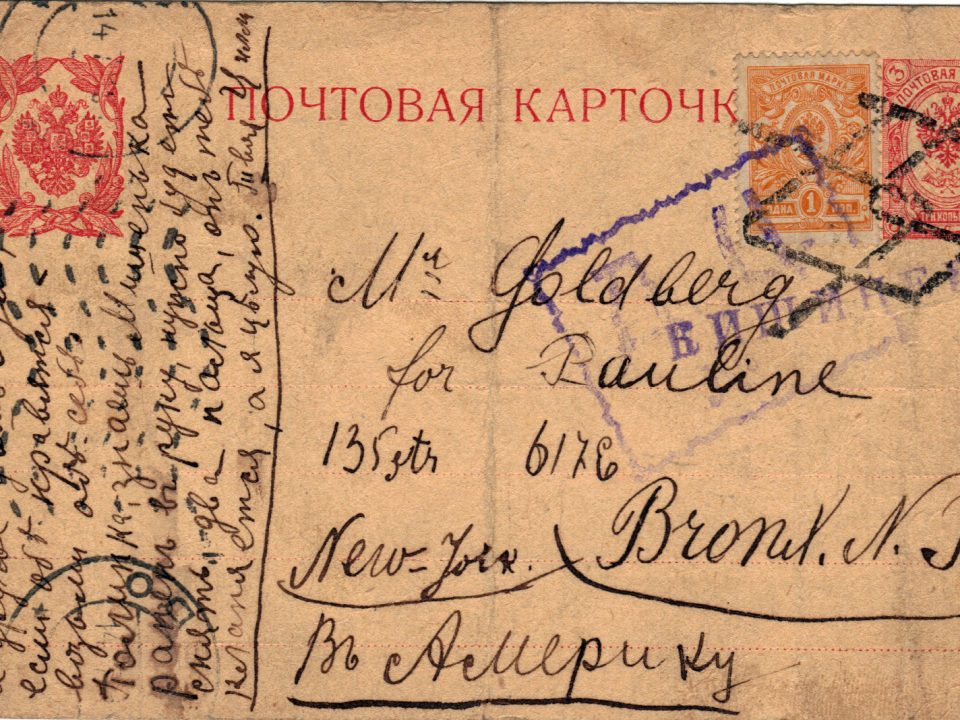