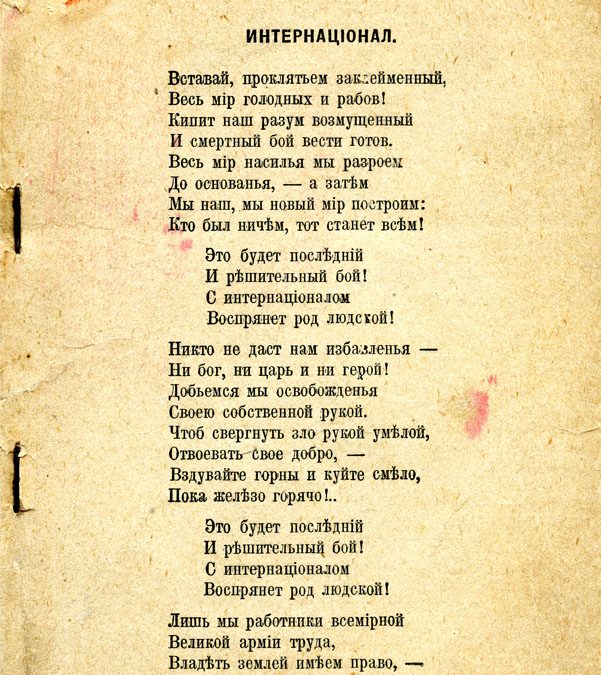 These are from the book of Labor Songs in Polya’s collection.  I date the book around 1913 or 1914. My assumption is that this book belonged to Aron, as  Polya never voiced such political ideas when I knew her. While she had a picture of President Franklin D. Roosevelt on her living room wall,  as did many Americans, it would be a stretch to think she was a socialist or communist, advocating what these Labor Songs propose. Polya referred to communists as “hoodlums.”

The songs are an angry expression of an oppressed people who hope for something better. These songs were illegal in Russia at the time. The presence of this book conjures up images of people singing them at clandestine meetings. I do not know what Aron’s views were in 1914 — or in the following ten to twenty-five years of his life. Yet, the book of Labor Songs are part of the collection of memorabilia that traveled with Polya and Aron from Kishinev to Paris to the United States, so something about them was important. Just as a side note, our translator Sergey M. Artemyev, who grew up in Soviet Russia many years later, said that he sang some of these songs in school and at camp.

The book no longer exists with a cover, but the red marks on the first page suggest that the cover may have been red.

The video below is a Russian version of the “Internationale.”

Arise, you who are branded by a curse,
You, the entire world of
starving and enslaved!
Our outraged minds are boiling,

Ready to lead us into a deadly fight.
We will destroy this world of violence
Down to the foundations, and then
We will build our new world.
He who was nothing
will become everything!

No one will grant us deliverance —
Not god, nor tsar, nor hero.!
We will win our liberation,
With our very own hands.
To throw down oppression
with a skilled hand,
To take back what is ours –
Fire up the furnace and hammer boldly,
while the iron is still hot!

This one will be the last one and
the most decisive battle! With
the International,
mankind will arise.

Only we, the workers
of the worldwide
Great army of labor,
Have the right to own
the land,–But
the parasites – never!

And when the great thunder bursts
out above the cluster of dogs and
swines, – For all of us, the sun will be
shining with the fire of its rays… 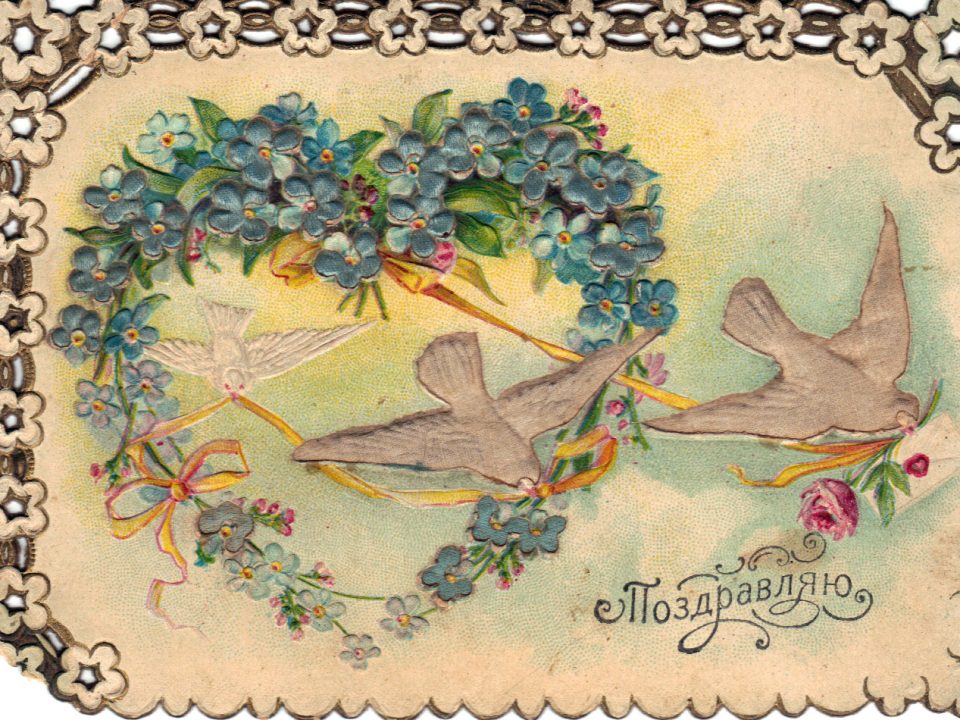 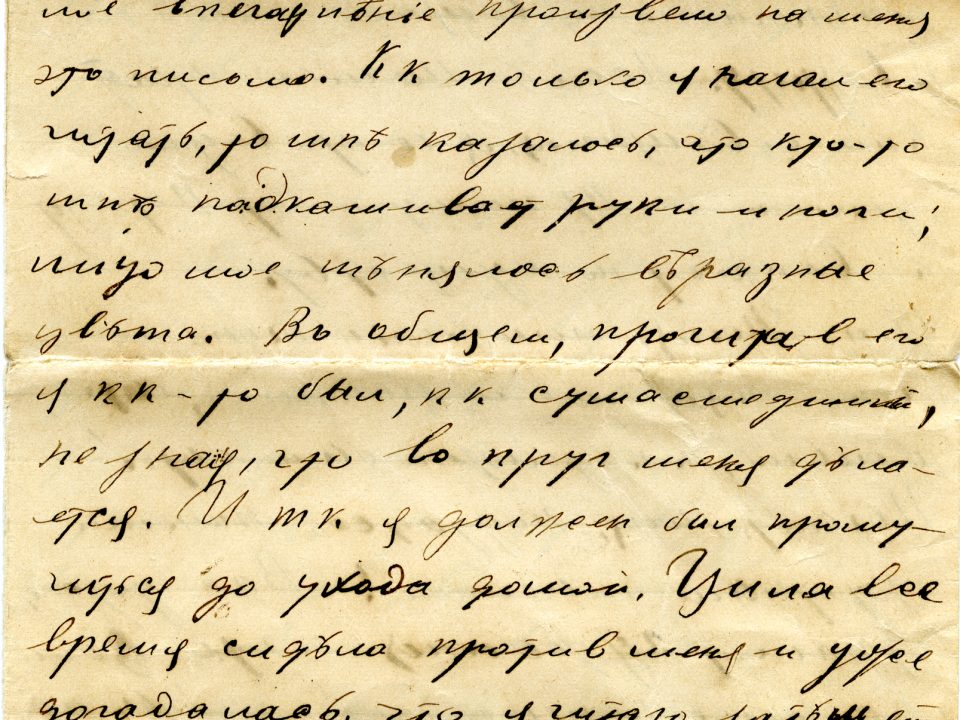 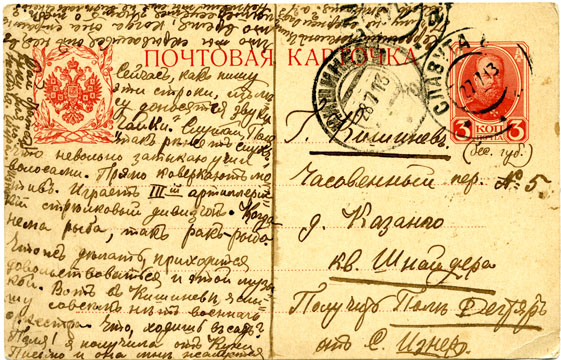