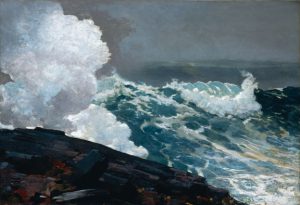 It’s simple, really. My mother died in 1991. Thirteen years later my father died. My brother and I fixed up the house in New York, where our family had lived for more than forty years, and sold it. During the cleaning process, I found boxes of old photographs and papers. I took the boxes back with me across the country to where I live in California and stored them in large plastic tubs in my garage.

A few years later I finally felt ready to sort through the family memorabilia; until then it just made me too sad. In the garage I had tubs of my own with items I saved over the years. You know the kind of thing: my children’s finger paintings; crumpled Halloween costumes — fairies and ballerinas, ghosts and vampires, Sesame Street’s Ernie; birthday cards kept for no particular reason except to hold onto that little bit of love for being alive another year; my husband’s boy scout sash with merit badges; and letters my father wrote to us. That last item’s what I sought.  I wanted to hear his voice again, even if it was through letters. But I dragged all the tubs from the garage into my office and set them down on the floor to see the scope of this family archaeological dig,

My father scribbled his letters in barely legible handwriting all on lined yellow legal pad paper. The color stood out among the items in the tubs, so I spotted them easily. Ah, the lost art of letter writing. Of course, as many of us did, I abandoned letters for phone calls and the computer and decades ago. Now there are the cell phones and texting. My father wasn’t Shakespeare, but then who is? Maybe even Shakespeare wasn’t Shakespeare. My father’s writing style, quirky as his handwriting, clearly captured the way he spoke. Also, he was a connoisseur of food and wine, a food buddy I haven’t yet replaced. When he visited, we’d spend hours discussing food. Cheese. Duck. Gravy. Red-eye gravy. Chicken-steak gravy. Gravy boats. Soba noodles. Are yellow turnips rutabagas or Swedes? We shared a passion for cooking, and some of the letters contained recipes. I thought my first project might be to arrange his letters chronologically.

What a jumble. Nobody had ever organized any of this stuff – including me. And, my indiscriminate loading of material for transportation from New York to California didn’t help.

I opened a tub. These were things my parents had saved. There were diplomas — mine from high school and college. There were photos of my kids I’d sent to my parents now back in my possession. What an odd boomerang effect of things I gave them that returned to me.

I opened another tub. These items came from my father’s side of the family. My paternal grandfather had a World War I medal and a prescription pad with his name on it, because he was a pharmacist. There was a receipt for a Ford Model-T purchased for $476.99, which was probably their first car.

In another tub, I found a picture taken some time in the 1950s of my mother, an elementary school teacher, standing and smiling, surrounded by the seated children of a fourth-grade class. They were class 4-3, which meant they were an “average” class, as 4-1 indicated the smartest group and 4-5 the slowest. I found her college diplomas (B.A. and M.A.).

Several tubs contained yellowed Ziploc bags of mostly blue envelopes and dark brown-black postcards. I recognized the writing as Russian. That’s interesting, I thought. I knew my mother’s parents came to America from Russia. But there was a problem. I don’t read Russian. I saw black-and-white photographs with writing on the back of them – also in Russian. These were items my mother saved from her mother. I remember my mother lamenting that she had to clean out the basement of my grandmother Pauline’s house after my grandmother died in 1971. The lament always began with: “I asked her not to leave me the basement.” Of course, family custom had it that my father left us his basement (we asked him not to leave us the basement) stacked to the ceiling with moldy couches and broken crockery. (Fortunately for my heirs, California houses generally don’t have basements — just unorganized garages.) Anyway, my grandmother Pauline was never neat, and she had the habit of hoarding jars, scraps of fabric, and broken lamps of people who lived through the Great Depression. Hers truly was a messy basement. I remember my mother mentioning Russian books she found in the basement — my grandmother’s beloved Pushkin, Gogol, and Tolstoy — but my mother threw them out. The rationale was: “Eh, who reads Russian?” Well, about 260,000,000 people… However, my mother, a typical first-generation American, eschewed the language of her parents. My mother never mentioned the letters. And, yet, she saved them — in Ziploc bags in the back of the cedar closet in their house in New York.

What’s in the letters? Who are the people in the photographs? I had to know. I had an obligation to know. So I put a hold on arranging my father’s letters. That will be my next project.

Why were the Russian letters more urgent? My father’s family wants to remember and my mother’s family wants only to forget.  And I mean they really want to forget. My father’s people knew who they are and where they came from — England. The Gardners and the Mumfords filled their names and birthdates and marriages into family Bibles that date back hundreds of years. They wrote books about themselves building churches and town halls, and about educating the young in a new America. They saved baby pictures. They saved obituaries. Their portraits are in ambrotypes, tintypes, daguerrotypes, and cartes-de-visite.  And my mother’s people? What could I tell you? Bupkis. Beans. Not even a hill of beans.

My mother’s family came to the United States from Russia. The coming to America story was: “Things were bad in Russia. We suffered.” That’s it. Hard stop. End of story. The end. That’s all my grandmother Pauline would say. Things were bad. We suffered.  Suffering was raised to a high art form.

But who were they? Why did they come here? What were the push and the pull that drove and attracted them to America? I knew that they left Kishinev and came to New York City after spending an indeterminate amount of time in Paris in the early part of the 20th century.

I never knew my maternal grandfather, because he died many years before I came along. However, I knew my maternal grandmother, Pauline, very well. When I was young, we lived with her; Pauline helped to raise my brother and me. The issue with knowing someone when you’re a kid is that you don’t ask, “So, what was your life like back in Russia?” You ask, “What’s for dinner?”

Years ago, my father told me about the living chain of memory. That is, we retain memories of our lives, our childhoods, as well as the living chain of memory through stories from our parents and others. Through their stories we reach back beyond our personal time here on earth. For instance, my father was born in 1923. When he was five years old, his father, a World War I veteran and Civil War buff, took him to a Fourth of July parade where they lived in Rochelle Park, New Jersey. At a stand for hot dogs and watermelon stood a man in uniform, decorated with Civil War medals. My grandfather made my father shake that man’s hand and told my father it was an honor to touch someone who had fought in the Civil War and that my father would remember it the rest of his life. He did. Now, through the living chain of memory, that handshake is mine.

When I saw the Russian letters in those plastic bags, I saw my mortality. I realized that I am the only one left in my direct family line who remembers at least some of these people personally. My son never even met my mother; he was an infant when she died of cancer. I am the last living link in this chain of memory. I can reach back to Kishinev. Only I am left to tell my daughter, son, and grandsons the story if I find it. Perhaps once I have the letters translated. I hoped they revealed more than “good price on sour cream at the market today.”

Besides not discussing their past, my grandmother’s family was always a hard group to pin down. This includes their names. Most people called my grandmother Pauline, but she had Russian friends who called her Polina and, more affectionately, Polya and Polinka. Okay, that’s not unusual. However, until I unearthed and decoded these letters, I did not know that my grandfather Aron (pronounced “ah-run,” with the accent on the second syllable) was also called Arnold (and affectionately, Arnoldushka) in Russia but not in the U.S. So in the evolution of their names, Polina Dechtiar became Poline Dechtiar in Paris. Arnold (Aron) Buchshpuna became Aron Bookspan. In the U.S., they were Aron (sometimes Aaron) and Pauline Bookspan.

The names are a fluid phenomenon, but what’s in a name anyway? Change an alphabet here. Change a few letters there. Make the name easier on the eyes and tongues of people in the new world. Or, as my grandmother’s brothers did, invent a new name if it fits the occasion — or a new self. Her brother Bencion became Paul. Vima became Adolphe, and, after the rise of Hitler, eventually, Edouard. Their father Chaim became Henri. Their last name became Dechar.

An Ellis Island bureaucrat did not anglicize unpronounceable syllables here. The changes were self-generated. First there was the Russian identity. Then they went to France and forged a French identity. Some stayed there longer than others and took French wives. Then they came to America and.…I read that in the ancient Middle Eastern world, speaking a name meant you had power over that thing. It’s why you don’t speak the name of G-d. Maybe changing a name is self-empowerment. Or maybe if it’s not your right name, no one has power over you. I only speculate. If a rose by any other name would smell as sweet, it would have grown in my grandmother’s garden. And sub rosa, shhhh, they were Jewish and chameleons who grew new stars and stripes wherever they lived. Or looked at another way, they were driftwood, out of context, polished by water, origin unknown.

[Note: The a reproduction of the painting “Northeaster” by Winslow Homer (1895) always hung in Polya’s living room. She said it was one of the first things she bought when she came to America.] 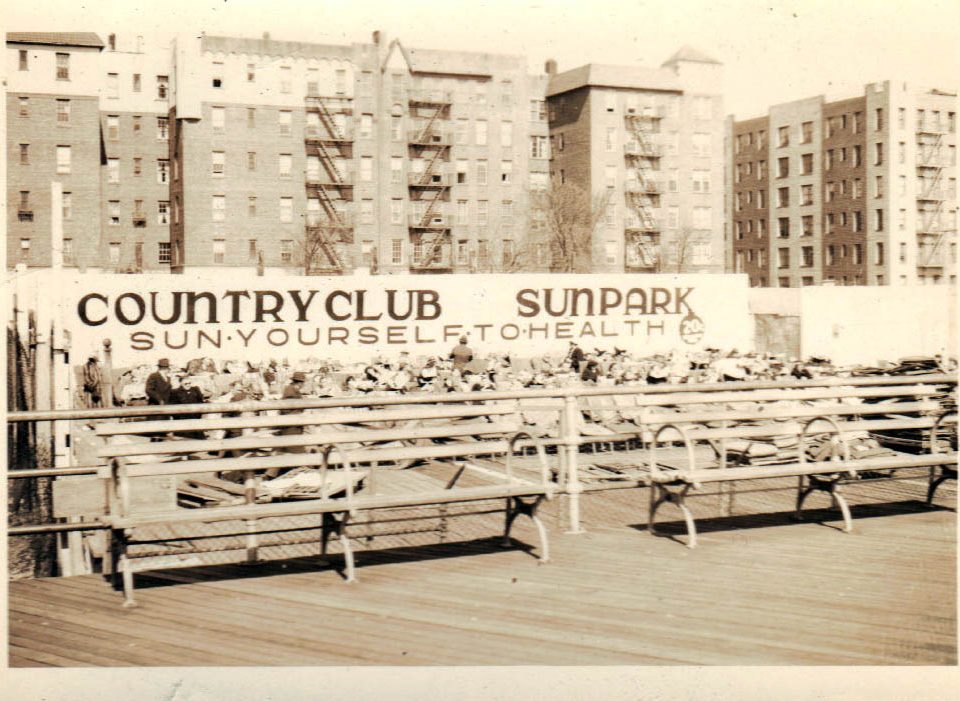