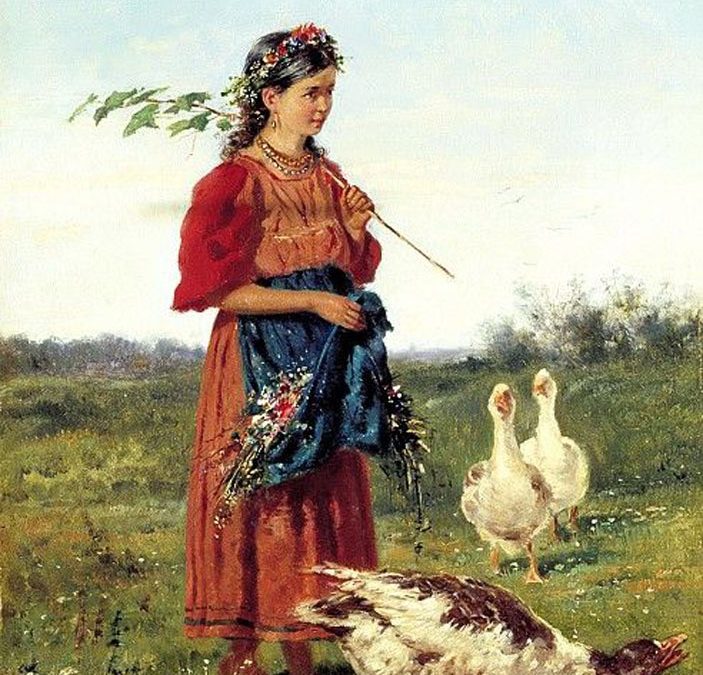 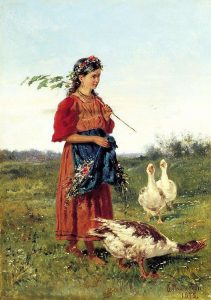 Polya was not especially funny. I don’t remember jokes or witticisms. When we watched The Ed Sullivan Show on her rabbit-eared TV set, she enjoyed the Chinese acrobats and trained bears. She watched Meet the Press faithfully and took notes in her black and white composition book. But I remember a story she told that made her laugh. It sounds like a folk tale, but she told it from the first person as though it happened to her. Perhaps it did.

In Kishinev, Polya claims, they had apple trees in the back yard. They also kept geese – geese with soft white feathers, which were used to stuff pillows and blankets. One Autumn a big wind blew (Kishinev is known for its winds). The wind blew so hard, it caused apples to fall from the trees. They fell everywhere, including the water troughs for the animals. A few days later, Polya awoke one to find all the geese lying on the ground. Dead, she thought. So she plucked feather after feather to salvage something from this disaster. She piled the feathers into baskets and took them into the house. That afternoon, when she went outside, naked geese stumbled around the yard. Evidently, the combination of apples and water produced a cider so potent the geese fell into a drunken slumber.