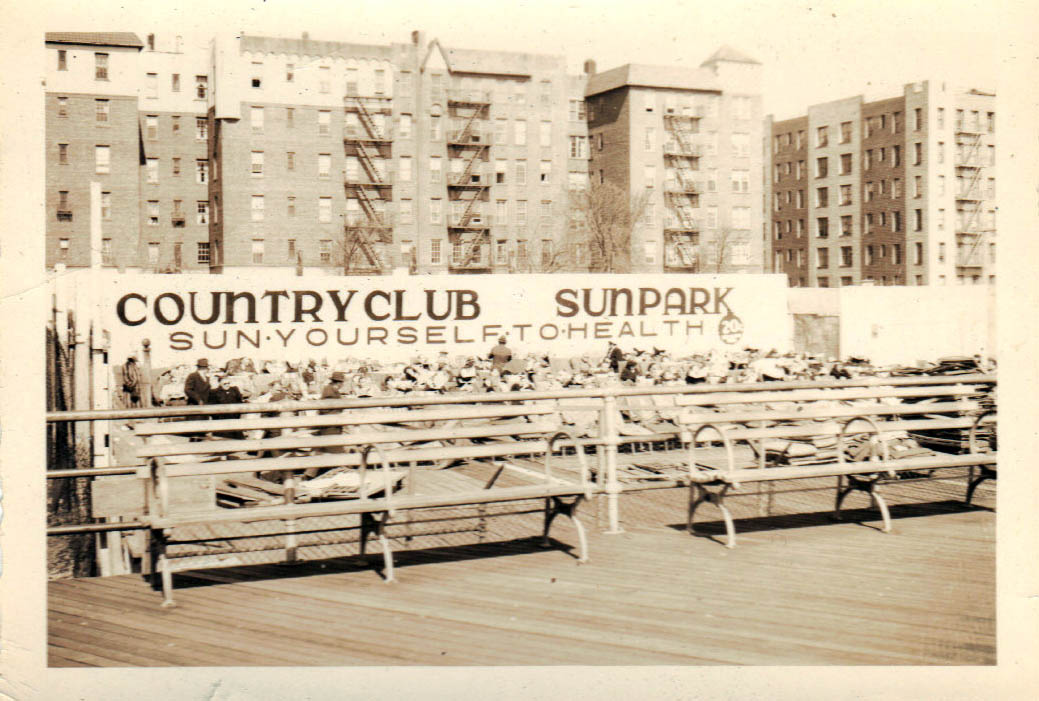 This photo was taken by my father, Warren Gardner, at some point during the 1950s. It was his way of expressing his idea of a country club. (One of my father’s sayings to us was, “I’d rather you take up heroin than golf.”) Never one for the country club as an exclusive establishment, he probably found the Sun Park Country Club advertised on a Brighton Beach boardwalk bench amusing. Coney Island and Brighton Beach were for the masses. Indeed. We lived in Polya’s house, which was a few blocks from where this was captured. The photo reminds me of my father as well as a story I overheard one day at the beach. It gives a little flavor of the sun, sand, and surf culture there.

Three women who hadn’t seen each other in many years meet on the boardwalk.

Two of the women ask one of the three, “So how’s by you?”

“Well, “ she says, “My husband’s business does very well. I have a big beautiful house with a pool, and I drive a Cadillac. My son is a lawyer, and my daughter married a doctor.”

They ask the second woman, “And you?”

“Oh me? My husband’s business does very well, too. He keeps me in minks and diamonds. We travel everywhere. We go to Europe every year and Miami Beach in the winter. We stay in the best hotels and eat the finest foods.”

They ask the third woman, “And you?”

“Me? I went to charm school and learned to say ‘FahnTAHstic’ instead of bullshit.”